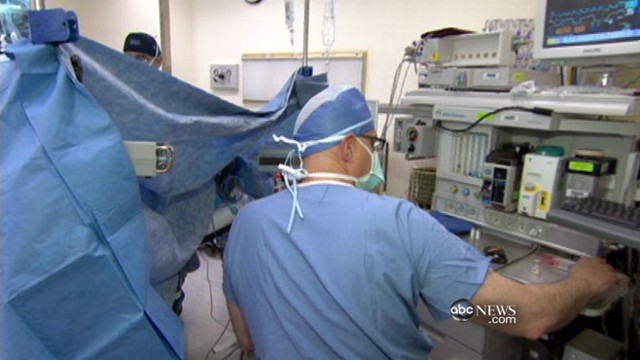 In the middle of the night, Augustin Hong, a 34-year-old financial professional living in San Francisco, started to experience abdominal pain so severe it sent him to the emergency room. After some tests, doctors told him he had appendicitis and needed surgery — and that without surgery he could die.

He took his doctor’s advice without hesitation. The routine surgery to remove his inflamed appendix went off without a hitch, and doctors sent him home the day after his surgery with a small bottle of pain pills — and a medical bill of nearly $60,000.

At first, the large bill didn’t faze him.

“My initial thought was, it was a good thing I had insurance,” Hong said. But soon after he found out about the cost of his care, he learned that the hospital wasn’t in his insurance network. While his insurance company agreed to more than half of his bill, Hong was still left paying more than $23,000 out of pocket.

Little did Hong know at the time that had he gone to a different hospital, his operation would have cost $50,000 less. And if he had known that, Hong said that’s what he would have done.

“I couldn’t believe it,” he said. “I’m a hard-working individual, and I had good insurance. It doesn’t seem right to be forced to have to pay that kind of money.”

The vast difference in costs among hospitals for similar procedures was the focus of a new study by researchers at the University of California at San Francisco, whose findings were published Monday in the journal Archives of Internal Medicine. After reviewing charges from more than 19,000 patients, the researchers found that the cost for treatment of uncomplicated appendicitis, the same disease that Hong had, ranged from $1,529 to a whopping $182,955. To put this in perspective, the price of a new Maserati is $130,000.

Health care transparency has been a topic of great debate. In a country where most of price-setting for other products is influenced by consumers, many experts said when it came to health care, U.S. consumers had no power. This, they said, was because they lacked fundamental knowledge necessary in a free-market economy — the cost of the services for which they were paying.

The reasons for this are many. Few people understand the complexities of health care reimbursement, because how hospitals establish what patients are charged is only abstractly related to actual cost. Hospitals record supplies and services rendered during a hospital stay, and charge according to a fee schedule, or “chargemaster.” But these amounts rarely reflect what hospitals actually receive as payment. Medicare and Medicaid payments are set by the government, while third-payer insurance prices are negotiated yearly for significantly reduced rates.

“There is no standard in the United States for reasonable prices or reference pricing,” said lead study author Dr. Renee Hsia, associate professor of emergency medicine at the University of California at San Francisco, and a long-time friend of Hong’s. “If you go to a hospital, they can charge you whatever they want. Negotiated rates are trade secrets,” she said.

When Hsia found out about Hong’s hospital bill, it inspired her to take a closer look at the differences in costs that various hospitals charge for the same procedures.

“I see these issues every day,” she said. “Regardless of what they are coming in for, the bill is going to be huge. Even if we can take care of them physically, financially, it could be devastating.”

And devastating it is for millions of Americans. In a 2007 study by Harvard Medical School and Ohio University researchers, 62.1 percent of bankruptcies were medically related. Most of these happened to well-educated Americans who owned their homes and were in middle-class occupations. Not all these families were struck by devastating cancer or incurable disease. Hsia’s findings suggested that it was possible that even a routine procedure could produce a bill in the hundreds of thousands of dollars.

“No one is protected,” Hsia said. “Even with insurance, it is a crazy and secret system”

Others working in the field suggested there was no simple solution.

“Consumer empowerment can only occur if prospective patients actually have easy access to user-friendly, reliable information,” Princeton economist Uwe Reinhardt explained in his 2006 article, “The Pricing of U.S. Hospital Services: Chaos Behind a Veil of Secrecy.”

Meanwhile, numerous websites have popped up allowing consumers to search for the average prices of common medical procedures and services according to ZIP codes. And a select few hospitals and insurance companies have made treatment cost estimators available to help patents prepare for upcoming hospital bills.

Despite these efforts, not much has changed to help patients become informed consumers. It’s a fact to which Hong can attest.

“Before you get sick, for young people especially, it would help to spend a few minutes to figure out which hospitals near you are covered by [your] insurance,” he said. “That would have saved me a lot of sleepless nights and thousands of dollars.”

Patients in the Dark on Medical Costs, Study Finds was last modified: July 8th, 2019 by admin